WE ARE VERY SORRY TO ANNOUNCE, THAT DUE TO THE CURRENT SITUATION REGARDING COVID-19 IN SLOVAKIA, OUR MASTERCLASS WAS CANCELLED. WE BELIEVE, INFORMATION ABOUT NEW DATES WILL BE RELEASED SOON!

With the CEEA MASTERCLASS the Slovak Association of Producers of Animated Film (APAF) presents an exciting opportunity to receive training and meet internationally-renowned animated film professionals – for the fourth consecutive year!

Presented in co-operation with CEE Animation, the Academy of Performing Arts in Bratislava (VŠMU), Fest Anča International Animation Festival and Visegrad Film Forum, the masterclass continues to create a bridge between studying and the professional world – helping students and young professionals navigate their careers.

16:00 – 17:00
CATCHING SOUND TO DRESS A SHORT FILM
screening of films made during workshop
venue: Barco, FTF VŠMU
only for registered participants 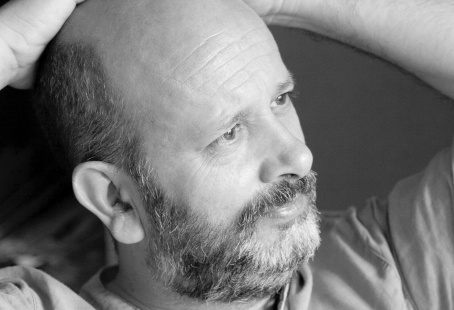 ANDREA MARTIGNONI
Italian performer, sound designer, and animation historian. He has created soundtracks for numerous short animated films. He works closely with The Animation Workshop in Viborg, and regularly collaborates with international film and music festivals on master-classes, workshops and lectures that focus on the relationship between animation and sound. He won the Golden Reiter for best soundtrack at the 23rd edition of Filmfest Dresden, and the Asifa Award Italy in 2010. Since 2011 he has been co-curating (with Paola Bristot) ANIMAZIONI, a DVD collection presenting Italian contemporary short animation

CATCHING SOUND TO DRESS A SHORT FILM – WORKSHOP
Monday, 9 March 2020 and Tuesday 10 March 2020, Barco, FTF VŠMU (for registered participants)
Five or six groups of participants will find out how to catch the perfect sound for a very short film they’ve decided to work on.

Voices, noises, music and sounds are elements that create the soundscape of any place.
Those responsible for creating the soundtrack of an animated short film are tasked with collecting and capturing sounds in their original environment, taking them out of context, and putting them back into a whole new framework. In this way, a soundtrack composer for animated film gives new soul and life to the selected sounds. This approach strongly contrasts with live action film, where voices and dialogue generally take centre stage in a film’s soundscape.
Why this difference in approach? Animation is predisposed to communicating and telling stories through moving images, and animated film usually comes into being without sound. While animation is sometimes adapted to pre-composed music, usually it’s created mute, and therefore requires sound to be created – a soundscape tailor-made for the film. Everything is permitted in a complex electroacoustic composition made up of sounds and instruments captured from the real world, then mixed, and electronically processed and sampled – always with a specific film in mind.
This Masterclass will reveal Andrea’s experience and approach towards creating film soundtracks, enriched with an overview of the historical approach to making animated film soundtracks. 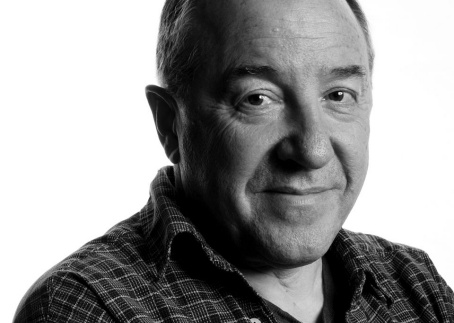 EDDY JOSEPH
Bafta-winning sound editor from Northern Ireland who has worked on more than 70 titles. He started out as an accountant but left the profession after just two years. In 1967, he joined the film industry as a production runner and then became second assistant picture editor. In 1974, Eddy worked as assistant sound editor to Leslie Hodgson on The Odessa File; and in 1981 Alan Parker asked him to work on Shoot the Moon – his first film as supervising sound editor. In the same year, they also worked together on Pink Floyd: The Wall, for which Eddy won his first BAFTA award.
Eddy worked as sound editor for Tim Burton’s Batman in 1989, and in 2005 they joined forces once again on Charlie and the Chocolate Factory and Corpse Bride. His second BAFTA was awarded for Best Sound for Casino Royale, and was BAFTA nominated for the next James Bond film – Quantum of Solace – in 2008. He currently works as a sound consultant for various projects.

“Every shot has an important bit of plot, otherwise it wouldn’t be there. And there would be only one sound, one sound effect that would assist one element of that storytelling. Try to find, what that is and use that, and only that. And then think what else I need to make it flow, to make it work. It’s about finding the appropriate sound. Say, that awkward squeak you hear and know that something awful now is about to happen. It’s not the picture, because it’s not there yet. But the sound is assisting hugely. It informs you about the things that are happening not necessarily even being there.”      Eddy Joseph