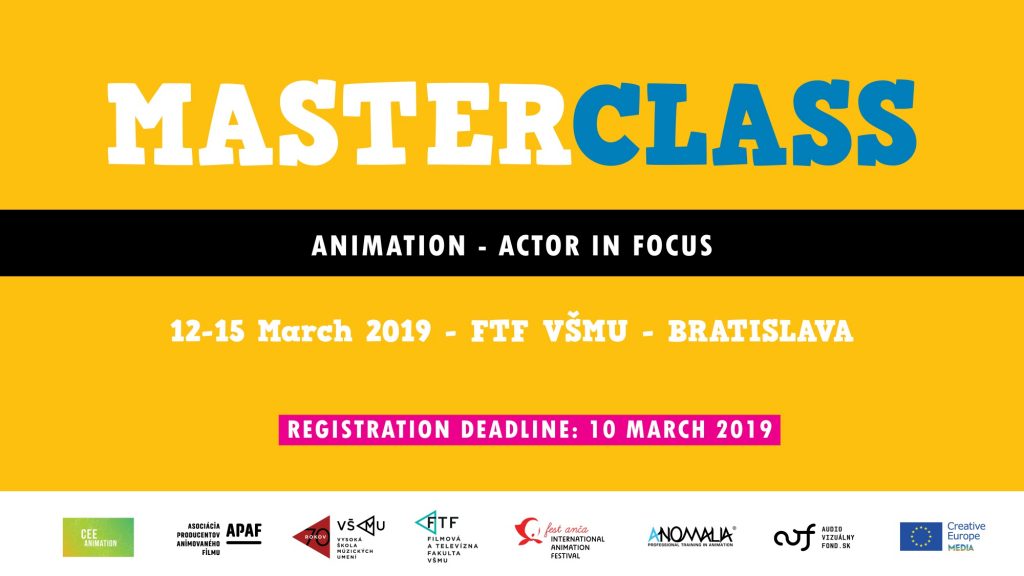 With the CEEA MASTERCLASS the Slovak Association of Producers of Animated Film (APAF) presents an exciting opportunity to receive training and meet internationally-renowned animated film professionals – for the third consecutive year!

Presented in co-operation with CEE Animation, the Academy of Performing Arts in Bratislava (VŠMU), and Fest Anča International Animation Festival, the masterclass continues to create a bridge between studying and the professional world – helping students and young professionals navigate their careers.

At this year’s “Animation: Actor in focus” we’re looking forward to welcoming Ed Hooks in Bratislava, who’s known for unveiling the mysteries of acting to animators around the globe. Both novice and experienced animators will benefit from discovering how to apply acting techniques to create believable characters in their work.
Both actors and animated characters need a well-organized production to keep a project on track and budget. This is especially true of complicated co-productions, such as last year’s winner of the European Film Academy award for best animation: Another day of Life that was steered by Urszula Łuczak. Aspiring production managers and producers will benefit from this approach.

We also wanted to bring a taste of the excellent Anomalia training programme run by our Czech colleagues Marek and David Toušek. Every year some of the best senior animators and artists from famous studios (such as Pixar and Dreamworks) come to Central Europe to share their experience at Anomalia – creating a huge opportunity for aspiring young 3D animators in the CEE. David Toušek and Anomalia trainer – 3D animation expert Keith Lango – will reveal the full creative and artistic potential of 3D animation software. Ten students and five professionals will also attend a workshop – led by Keith and David and assisted by Slovak 3D artist Marian Villaris – to put theory into practice.
The CEEA MASTERCLASS 2019 is the place to meet, greet, and learn for production managers, directors, animators and 3D specialists.

All participants need to register >>HERE<< 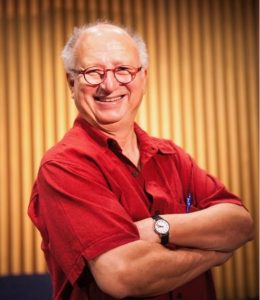 ED HOOKS
While Ed Hooks is not an animator, he was a New York-trained professional actor for almost 30 years with numerous media-wide acting credits.  He also started teaching acting professionally – with acting studios in Los Angeles and San Francisco.  Ed was first invited to teach animators in 1996 – at PDI/DreamWorks during Antz.  This gave him the opportunity to experiment with teaching acting theory to animators rather than stage or movie actors. Being the first to apply his skillset in this way, Ed wrote Acting for Animators (Routledge, fourth edition). So what began at PDI/DreamWorks became the tail wagging Ed, and he has progressed in leaps and bounds to teach hundreds of thousands of animators in over twenty countries. 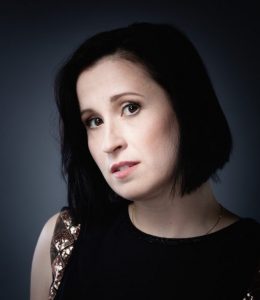 URSZULA ŁUCZAK
Urszula Łuczak was a producer at Platige Image (Poland) for over eight years. She started working in the VFX Department with movies such as Essential Killing, Melancholy and Uwiklanie. As a production manager she created stereoscopic scenography for Polita (Buffo Theatre) and Pilots (Roma Theatre).
She also produced animation movies for the Qatar market: Hero and the message and Heroes and the mission. She was production manager for Another Day of Life – the first full-feature animation movie co-produced by Platige Image now being released to festivals. Since February 2019 she’s been working in VFX production at Piximondo (Stuttgart, Germany). 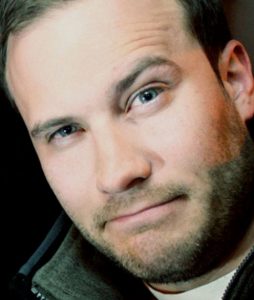 DAVID TOUŠEK
After multimedia studies in Seattle (US), David returned to Prague and founded 3BOHEMIANS production with his brother Marek. He then advanced his animation skills and started classes at The Animation Workshop in Viborg (Denmark), led by professional presenters (including from Pixar Studios). There he became artist in residence (and his first credit – the short film TELE-VISION), teacher of Maya 3D Basics, and then 3D character animation basics teacher at the Institut de l’image de l’Ocean Indian (Réunion). He leveraged this experience to establish the ANOMALIA PROGRAM in 2008.
David usually works on character animation in short films and advertising (Kofola, Jupík, Sazka, etc.). He also worked on a 13 animated spots advertising campaign for the film Harvie and the Magic Museum (Hurvínek a kouzelné muzeum, 2017) for Rolling Pictures Production. He is the only Czech animator to animate Spejbl and Hurvínek in 3D. He’s currently working on an animated spot for a new full-length animated movie.